But spot the lovely attention to design.

Recently I was to attend an event at the Royal Institution, a lecture by James Burke on Connections (see his former work – James Burke Connections) and was heading down to London on the train when I spotted a tweet from James May announcing a book signing that day.  Being almost the same age as him, I have found his TV programmes over the last few years really chiming with me.  So, knowing that my friend I was seeing that evening was a fan, I though a book as a present would be a smart move.

So I headed off to Leadenhall Market, bought the books, and joined the queue.  To be honest, this isn\’t the sort of thing I really do, but it fitted the mood.  But I decided that a sycophantic \”I really like your work\” conversatino was definitely not me, at the same time as realising that he would probably want to see and hear James Burke that evening.  So I asked James if, like me, he liked James Burke, an emphatic yes was the reply – so I told him about the lecture.  Much to James\’ annoyance he couldn\’t go that evening as there were book signing committments that evening, so I offered to take a signed book there instead for him.  Getting an extra copy, he made out a dedication and passed it to me – I then observed that this was a smart way to blag a free copy!  Grins, and then moved on. 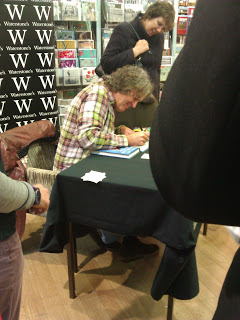 Leaving the market I headed round the corner and found this example of old hidden amongst the new, something I like finding in London

Further on, have wondered back past Bank and the city, I entered Fleet Street, and stopped to admire (as always) the buildings that stood proud in the last century – proclaiming their owners and allegiances.  Never imagining that only a few decades later all that would gone and Fleet Street (named after a now lost underground river) would itself become just a shorthand term for the press, rather than its location 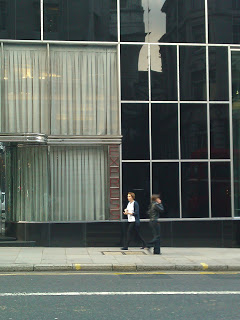 Another photographic thing I like is new reflecting old.  More clearly here: 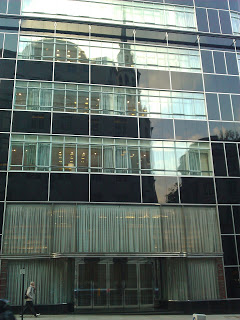 As is often in old towns and cities, the ground floor fronts are all modern, horrible, glass \”buy buy buy\” places.  As Bill Bryson recommeds, look up 1 floor and admire the architecture.  Case in point below.

And yet another building prodly declaiming its publishing home. 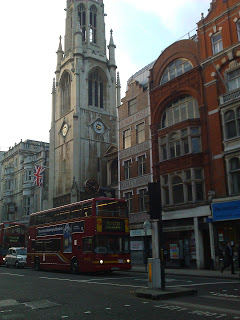 Towards the end of the street – the Royal Courts of Justice, reminiscent of Prague, and I\’m sure somewhere there\’s a sign saying \”Here be dragons\”! 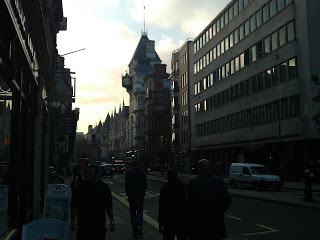 Diving south off Fleet Street into the Temple area (past Dan Brown fans photographing the Templar Church – damn) a wonderfully quiet and peaceful square can be found.

Just around the corner, just off the Embankment another quiet location, you can enter the gardens in the summer months.

Then, leaving the Temple area a building that, here in London, is just one of many, but would probably get a bit of a mention elsewhere, surmounted by a rather impressive wind vane 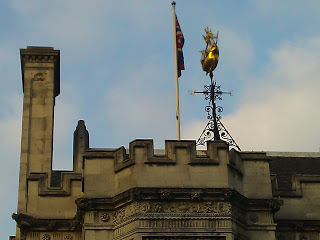 Now entering Savoy Gardens, a memorial to Lady Henry Somerset to commemorate her work for the Temperance cause, with an interesting quote \”I was thirsty, and ye gave me drink\” non-alcoholic I guess.

Passing under a bridge, these silhouette of both the buildings, London Eye, and the photographers caught my eye 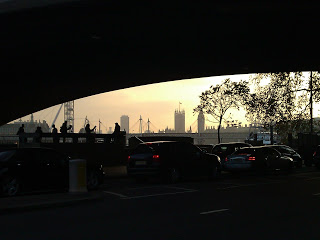 And then, round hte corner, the place I first heard proper surround sound in the 70\’s.  The IEEE building where a school trip permitted us to hear Atom Heart Mother in Quadrophonic sound. 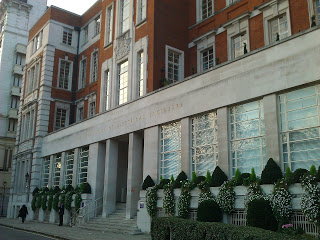 Further on, a tablet marking the location of the North Bank of the River Thames, before the Victoria Embankment was built in 1862.

Then, as night closed in, I passed Liberty\’s with it\’s Christmas decorations on show, but more interesting to me was the ship wind vane on top.  Second one of the day! 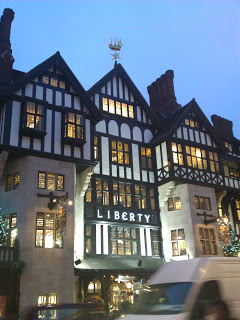 And then finally, after a great meal with my old school friend Ed, we made our way to the Royal Institution, and James Burke\’s incredible throught provoking lecture 1+1=3, curated by Aleks Krotoski

And, of course, to hand over the book!

Whatever happened to the daughters and grandchildren?

I truly admire the confidence the Victorians had. When they built something, be it infrastructure or just a bank building; they had the confidence to assume that it was a permanent, unchanging structure.

The permanence that was broken post WWII. In Cambridge Fosters\’ Bank now (not so) proudly boasts a Lloyds TSB branch. All over the country National Banks and Westminster Banks are now branded NatWest.

In the background you can see the partially constructed. Shard. I\’m sure it\’ll be around for many years, but i can also be sure it won\’t have a name built in to last as long.

Victorians had a sense of legacy we could do well to emulate.